What is Blockchain Technology?

Blockchain is a decentralized peer-to-peer network which is used to record transactions. The blocks in the chain are linked with the use of cryptography and contain information such as cryptographic hash of the previous block, a timestamp and a Merkle tree root (binary tree) which is a data structure that summarizes the transactions that the block holds.  Blockchain is a structure designed with high levels of security and is considered as distributed computer systems with high Byzantine Fault Tolerance (BFT).

When was blockchain technology firstly introduced?

In 1991, Stuart Haber and W. Scott Stornetta released a paper about how to timestamp documents, a case that is popular in the blockchain industry presently. Stuart Haber and W. Scott Stornetta managed to verify the integrity of data by storing hash values in timestamped blocks that could prove the existence and the version of a document at a certain time.

In 2008, Satoshi Nakamoto (his identity remains unknown until today) authored the Bitcoin paper where he first conceptualized the first blockchain network. From that time, a whole industry was formed that sparked a lot of ground-breaking innovations.

What are the advantages of a Blockchain network? 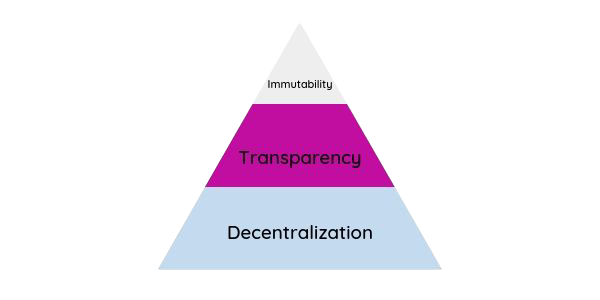 The main advantages of utilizing a blockchain network are:

Blockchain is not owned by a single entity. It is a peer-to-peer network where there is not anyone in authority of the network. This feature makes it more secure over other traditional record-keeping systems.

The history of all transactions is recorded in the public distributed ledger. This makes them traceable and transparent as any user could trace them in the network.

All data that is stored in a blockchain cannot be modified, thus blockchain ensures the immutability of them. (The reason for this benefit is) the feature of the cryptographic hash function which guarantees that changes in blocks are impossible to proceed.

In which applications blockchain technology is utilized?

What is a consensus protocol in a Blockchain?

Consensus mechanisms are fault-tolerant mechanisms which allow nodes to accomplish agreements on the state of the network and the validation of data that are stored within this network. It is useful to utilize consensus protocols in decentralized systems, especially for record-keeping processes.

Which types of consensus protocols are mostly used?

There are various mechanisms that ensure the validity of the transactions that occurred in a network, but the most known are Proof-of-Work and Proof-of-Stake.

Proof-of-Work (PoW) is one of the most known algorithms in the blockchain industry. It is the algorithm that keeps Bitcoin (the first public network) running. PoW requires huge amounts of computing resources as it is conducted through miners, who use this computing power to solve cryptographic problems and verify transactions.

Opponents of this consensus algorithm claim that there is a hypothetical scenario where a group of miners can unleash a 51% attack on the network. This means that if they control more than 50% of the network, will allow the transactions to be processed multiple times. Additionally, as the mining difficulty increases through time, there is a continuous demand for higher energy consumption in order to keep the network running, which leads to negative environmental impacts.

On the contrary of Proof-of-Work mechanism, Proof-of-Stake (PoS) relies on the concept that forgers (instead of a miner in the case of PoW mechanism) stake an amount of cryptocurrency, as the bigger amounts they own, the bigger the probabilities of mining a block. When a block is forged, forgers get as a reward the transaction fees of this block. The idea of this mechanism is to prevent malicious attacks to the network and incentivize actors to validate legitimately.

You might also like
One of the following
Blockchain Workflow Automation: Application in Food Industry
Real-Life Blockchain Solutions: In The Trenches of Real-World Data Problems
Challenges and Opportunities of Decentralized AI