It’s a fact that predictions have always attracted people’s attention, otherwise all these fortune-tellers and mediums would have been unemployed instead of wearing golden rings and necklaces. Based on this, we decided to peer into our crystal balls (actually with the shape of a screen) and collect all the technology trends that we have this feeling that will be on the spotlight during 2015.

Let’s start with the prediction – warning from KiyanForoughi, CEO and founder of Boticca that the investment and technology bubble will burst in 2015. A lot of capital is invested early in poor projects which in case of any missed earnings or bad news the shareholders will start selling off their shares and panicking other investors. Kiyan warns all the entrepreneurs to get their money for VCs and angel investors as soon as they can!

Security is totally something that attracts the attention of the audience for years and we do believe that 2015 will not be an exception! Ronnie Manning and Coby Sella agree to the beginning of a new password era! All these password thieves and high profile attacks made every end-user think again every time they are asked to enter a password. The data bleeding has become an epidemic problem and the only cure for that is the other forms of authentication such as biometric authentication or the fingerprint reader that has been already used from Apple. Coby also refers to the security problem regarding the interoperability between IoT devices, basically due to an inherent weakness in the implementation of common security protocols.

As a result multiple devices from different manufacturers cannot be operated through a single user interface on a computing device. This obstacle is about to be corrected in 2015 and a common user interface will enable the users to control every device regardless their manufacturer. Security issues are very common when it comes to payments as well. Rick Dakin, CEO of Coalfire predicts that new and better applications of authentication, EMV and tokenized solutions will increase the security of online payments and sensitive data transactions. Apple Pay and other next-generation solutions will overcome anti-NFC inertia and lead to increasing adoption of mobile-based security technologies not only for retail but for healthcare and any other sector where critical and confidential information is exchanged

Regarding business sector, Andrea points out productivity software as a promising technology aspect for 2015. As the number of small businesses rises, their need for an all-in-one solution with which they can manage tasks, email marketing, enterprise social media, CRM, Project Management and ecommerce is becoming bigger. Cloud technology can also be on the spotlight in 2015, not only for storage but generally as a collaborative tool for developers in order to quickly build and deploy applications according toPaddy Padmanabhan CEO of MyScript. Leslie Bloom from Experts-exchange gives the top 5 emerging trends of 2015 in http://blog.experts-exchange.com/press-center. The winner is Cloud with an overwhelming majority (21.2%).  Further breakdown of cloud technology shows Azure with  9% and Anything-as-a-Service with 7%. In the second position there is the Mobile technology (10.1%) and after that comes Virtualization and Virtual Reality with 7.8% each. Security is at the last position with 5%.

JoAnn Yamani from Gutenberg Communications informed us about Garter’s predictions for 2015 regarding Cloud which are really impressive! By 2015, 50% of all new application independent software vendors will be pure SaaS Providers, whereas more than 90% of private cloud computing deployments will be for infrastructure as a service.  As for large global enterprises by the end of the coming year 50% of them will rely on external cloud computing services for at least one of their top 10 revenue-generating processes (https://www.gartner.com/doc/2718918/cloud-computing-innovation-key-initiative). Gartner also predicts that the download of free apps will hit more than 270 billion by 2017.

Internet of Things is becoming more and more part of our daily life and we do believe that it will continue during 2015. Adam Justice, VP of Grid Connect, states that the interoperability between devices both in the home and commercial/industrial settings will become a reality this year. The sectors that can be affected by the IoT revolution are countless. All we can do is sit back and wait for the new IoT implementations that will pop up! The image of flying cars in the busy roads of New York city is coming more and more close to reality as there are efforts by tech lobbyists to allow drones to be operating out in the world for things like direct home delivery as Dirk Knemeyer, co-founder of Involution Studios advocates.

Wearable devices can also be part of the Mobile challenge as James Rice, head of Digital Marketing at WikiJob, says that they are about to become much more mainstream due to the fact that they are fashionable and allow people to publish their fitness data for example, on social media. Thanos Kosmidis, CEO of CareAcross also mentioned the rise of wearable devices during 2015 but in a more important aspect, the aspect of health and how they can help in managing chronic diseases. Special applications dedicated to help senior citizens with diseases like Alzheimer are to be developed during the coming year.  The fact that Market Drivers like Samsung, Google or Apple have already developed watches or glasses is great evidence that the future of mobile technology is not anymore smartphones and tablets.

Our wish for 2015 is to have lots of technology news and trends but only for peaceful purposes! 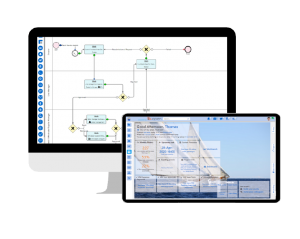