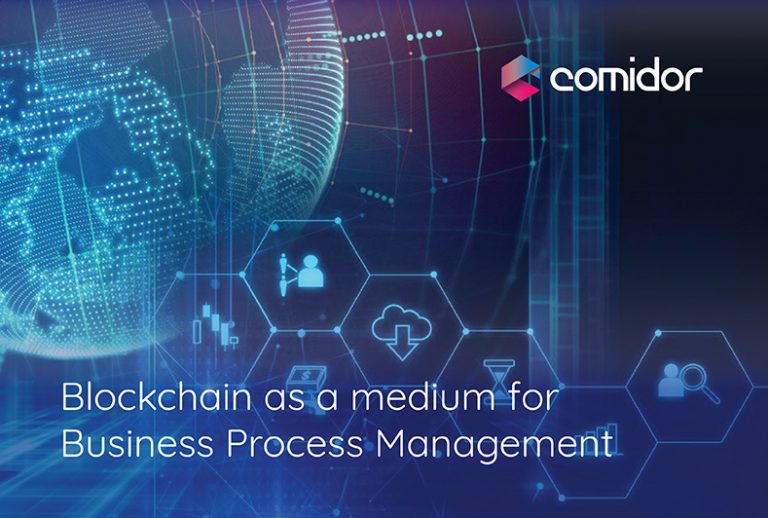 Blockchain as a medium for Business Process Management

Chapter 1: Overview of the blockchain technology

The term blockchain has been circulating in modern computing technologies for the past few years and has been implemented by a wide range of industries – from cryptocurrencies to distributed data storage.

The technology behind blockchain is simple, at least on its fundamental core. This technology is based on the concept of a blockchain distributed ledger, essentially an accountant’s book. Data stored on the blockchain varies from single integers to whole blobs, thus allows the creation of an endless amount of applications and uses.

Data integrity and confidentiality is ensured on blockchain networks because of the way the network itself handles data. Every entry on the network is stored on what is named as a “block” and each block of data is linked to its previous, with a timestamp and the address of the former block in order to ensure the continuity of the network. Then, this chain –the ledger– is distributed across millions of participative nodes around the world and thus ensuring that data availability and integrity is paramount. The way blockchain verifies data is by checking the copy of the ledger of a node to the copy of a ledger of another’s node. Confidentiality is of utmost importance on a network and data solution that stores sensitive data (for the time being – financial mainly). The high level of blockchain network security is achieved by thoroughly thought failure mechanisms and strong blockchain encryption algorithms that are being utilized to prevent data leaks and fraud.

Because of the way blockchain is constructed – the concept of an interconnected chain with continuity that provides efficiency in data handling and processing – we will inevitably watch it transform the way modern Business Process Management (BPM) solutions function.

Traditionally, the wire-drawers might have to (go to the bank and) ask from a bank to borrow more money. With a blockchain based lending platform, they can borrow money – or even other services – from the other businesses further down the line on a peer-to-peer basis thus enabling faster and better response times to clients, suppliers and middle-men.

Imagine an agreement between a chain of collaborating enterprises that transfers data, products, information and human resources. This agreement states that these enterprises agree to record transactions on the blockchain apriori. 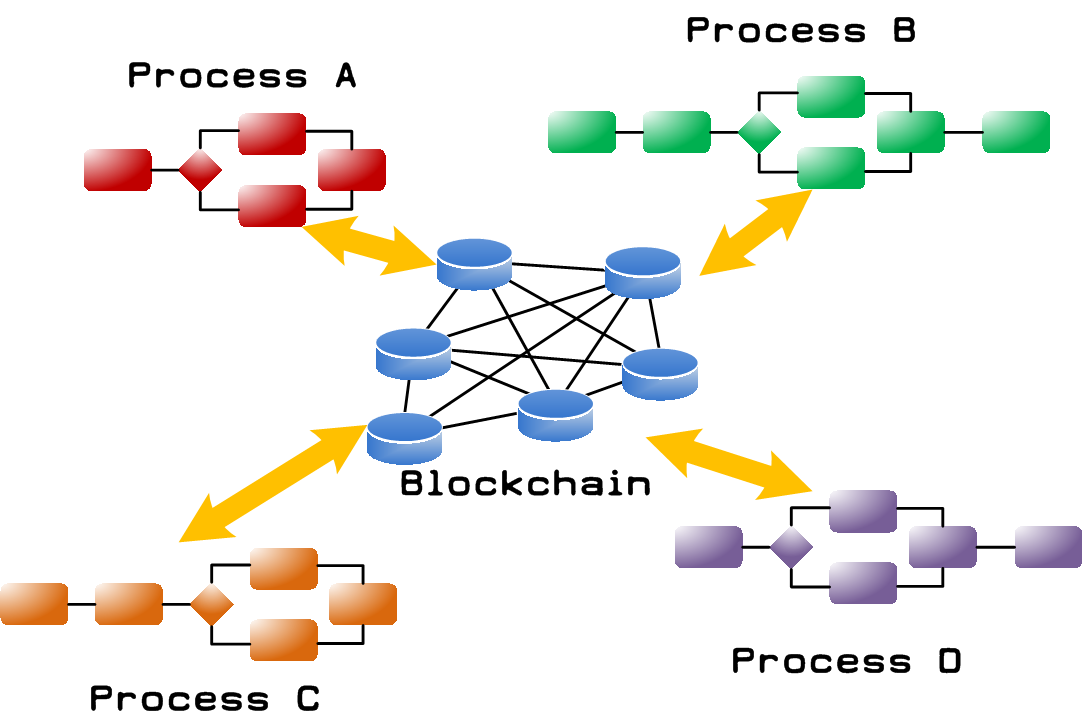 This is the clearest image of businesses’ flow that a system can achieve. The blockchain, as the most transparent transaction system, provides these companies the ability to monitor each and every one of their processes with immense ease, just because the blockchain is, in fact, the best logging system that one can have. Disputes are abolished, collisions of every kind are avoided, and the business flow is blazingly fast and clean.

We can immediately notice that blockchain has enabled these companies to work together for their mutual benefit.

The enterprise businesses are working together to pool resources, including finance. Many small businesses are at the mercy of their banks when it comes to cash flow. Using a blockchain-based network and platform, companies have the opportunity to loan each other funds with transparency.

Also, another aspect that BPM solutions aim to is to provide the automation of business processes that trouble human resources and demolish productivity levels.

Blockchain is an incredibly well-automated system with consensus mechanisms. Fundamentally it is an automation of complex business processes.

Nowadays, these processes are operated by disparate systems amongst various supply chain partners. Imagine a system for each company, and then further systems that are built to interact, share data and reconcile data over and over again. Now try to imagine the cost of all those transactions. Blockchain eliminates the need for the regular periodic reconciliation and as a result reduces the transaction costs. This is accomplished by implementing a consensus mechanism that simplifies the creation of a single shared version of the truth.

Chapter 3: Epilogue, and why blockchain will radicalize the business model

At the tactical level, Blockchain, beyond all its technical jargon, is a medium of process efficiency. It’s the latest evolution in process automation and secure data sharing and storage. Blockchain is Business Process Automation and Management. One may apply it within the boundaries of an organization, though it’s much more potent and dynamic when the lens is much wider.

Approaching and understanding an evolving system is, at least, challenging. Therefore, it is almost certain that blockchain will transform almost all industries. You could either be a part of the transformation or watch it happen.

You might also like
One of the following
Blockchain Workflow Automation: Application in Food Industry
BPM vs ERP: The Complete Guide
A Quick Guide to Business Process Management and Project Management